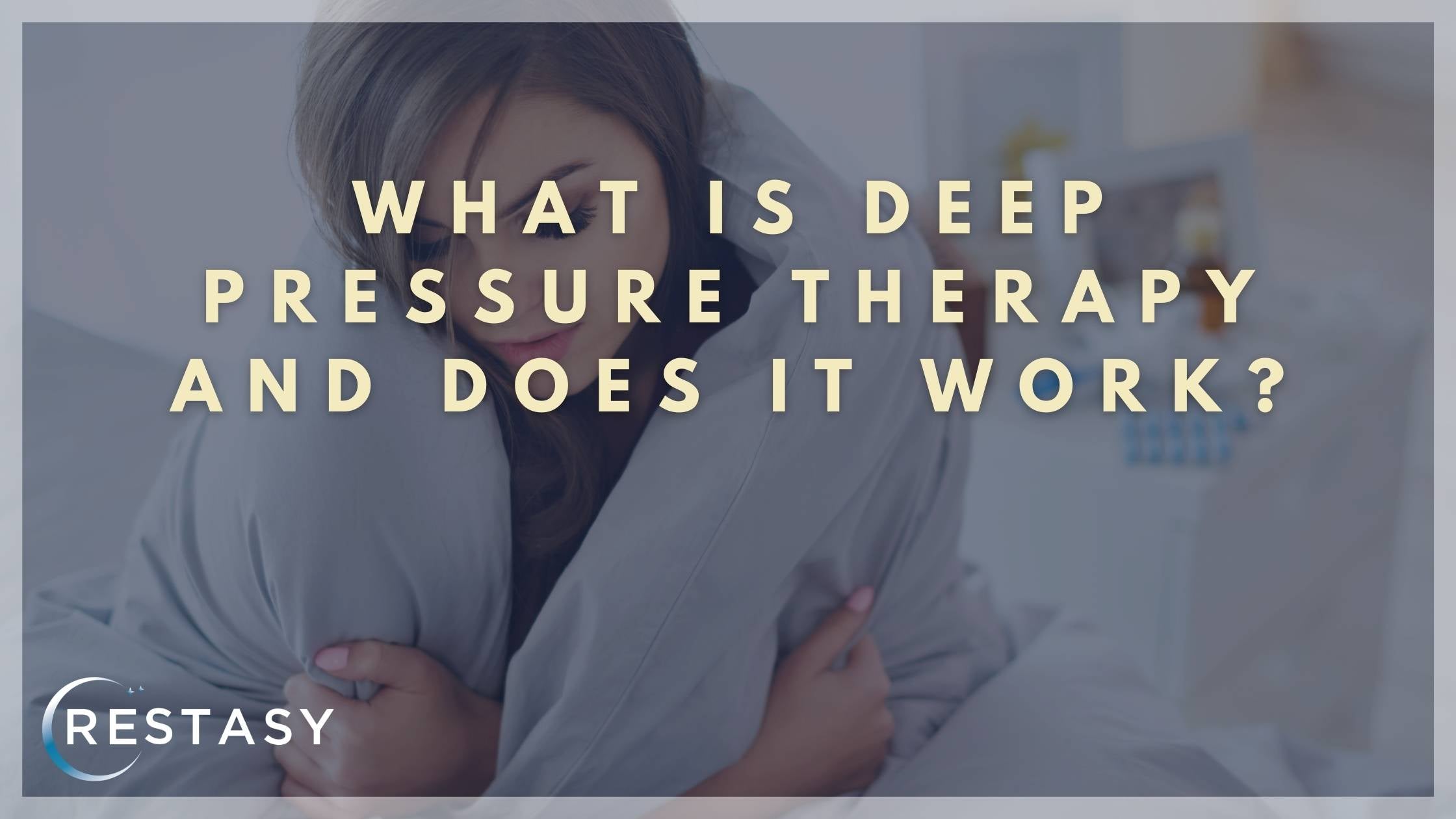 Perhaps more than ever, many of us find ourselves in an anxiety-inducing state. As we navigate the challenges that face us, self-care has never been a more crucial part of our lives.

As the saying goes, the body keeps count, and anxiety, one of the most common afflictions, is no exception. Deep Pressure Therapy is a key tool in the self-care toolbox and could help people learn self-soothing techniques for when things get difficult.

This type of therapy has gained considerable traction—between all the research conducted on the topic and the availability of therapeutic applications through products and other treatments, Deep Pressure Therapy is getting the attention it deserves, and we’re going to discuss it in this article.

What Is Deep Pressure Therapy?

First, let’s talk about what Deep Pressure Therapy is. Deep Pressure Therapy, or DPT, is a set of techniques or practices whose key goal is to relax the nervous system. By applying different kinds of pressure to the body (such as squeezing or hugs) using various applications (such as massage, weighted vests, or weighted blankets), DPT helps someone release tension from the body, resulting in an overall sense of peace and calm.

DPT has various applications—weighted blankets, which we’ll touch on later, often come up when discussing DPT. Let’s look at how the body’s sensory nervous system comes into play with DPT.

When discussing DPT, it first helps to understand a little bit about the body’s sensory nervous system (also known as the Autonomic Nervous System). The system is complex because its overall role is to regulate various aspects of the body. There are two key subsystems within the overall nervous system network that we’ll touch on before we connect them to DPT: 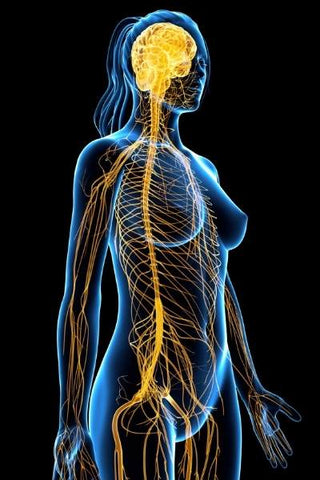 First, the Sympathetic Nervous System (SNS)—When we’re in an anxious state, we can easily activate this system. It is sometimes referred to as “fight or flight” mode when the body kicks into overdrive when it detects a perceived threat. In this mode, our bodies are on high alert because, physiologically, we’re detecting a perceived threat (even if one isn’t there).

This mode triggers an increased heart rate and rapid breathing. Whether everyday stressors (situations at work, reading a negative headline in the news) or emotional triggers caused by more deep-rooted traumatic events, our SNS kicks into gear and is remarkably adept at doing so.

Second, and most connected to DPT, is the Parasympathetic Nervous System (PSNS)—Unlike the SNS, this system’s goal is to calm the body. It’s sometimes referred to as “rest and digest” mode. In this state, the body is more relaxed and releases serotonin and dopamine (also known as “happy” hormones) as well as oxytocin (the “bonding” hormone).

This section is meant as a brief introduction to the Sensory Nervous System and details that pertain to DPT, but you can learn more about these systems specifically and the nervous system in general here.

DPT “speaks” to our nervous systems. Through the various applications of touch and pressure, DPT attempts to activate the PSNS through varying degrees of applying pressure, as already mentioned. A common example that many may relate to is swaddling a distressed baby—this image calls to mind an upset child who is comforted by a blanket and perhaps parental embrace.

While everyone may respond in varying ways to DPT, some of the benefits include:

While this type of therapy may have benefits for most, it especially benefits those who are more predisposed to anxiety and sensory overload, such as people on the autism spectrum who, without proper intervention and treatments, may be more likely to remain stuck in the SNS. 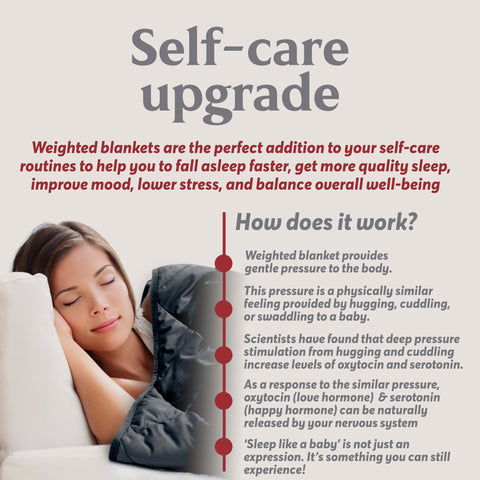 Weighted blankets make DPT more accessible to people and have gained popularity over the years. They are heavier than typical blankets, so they can apply more weight and pressure to a person using the blanket. This design results in a grounding sensation on the body, an important step towards activating the calming, soothing state of the PSNS.

Anecdotally, people claim that a weighted blanket helps them feel calmer and more relaxed. A small 2020 study adds some weight to these claims. The study found a “statistically significant drop” in anxiety for adults at the inpatient facility that was the subject of the research.

Hopefully, more studies on the weighted blanket and other at-home options are not too far behind, but what’s become clear is that people are seeking out methods and products to assist with their anxiety management.

Whether people use a blanket on its own or as a complement to other treatments, people are asking for help in their self-care journeys.

But Does Deep Pressure Therapy Work?

Researchers covered many cross-sections of the general population (children, students, adults, including those with or without anxiety disorders) when looking into how effective DPT is. The research bears out on and is favorable towards DPT, but how people respond to DPT can vary.

As expected, no treatment or therapeutic application is a one-size-fits-all, so one person is going to respond a little differently than the next. Also, while we cover the benefits of DPT and its applications, nothing is a substitute for advice from a licensed medical professional. If you’re unsure of how to proceed, ask your doctor for guidance.

A Therapy Worth Exploring

Nevertheless, many benefit from the therapeutic nature of DPT. Anecdotally, many benefit from weighted blankets as an application of DPT. Given that anxiety treatment has never been more relevant, the research doesn’t show any signs of slowing down.

Through tapping into the body’s natural calming mechanisms, Deep Pressure Therapy is a means to an end in the journey towards calm and self-soothing, and that’s a journey well worth taking by anyone who wants to invest in their mental health and wellbeing.